What is a PCR Test?

In 1983, Kary Mullis Had a breakthrough about how to develop a way to amplify (make more identical copies) DNA to make huge amounts of copies of a particular DNA sequence.  This technique is used in many applications around the world.  Some of those techniques include cloning, diagnosing hereditary diseases, and parentage testing.  In our case, of course, its for cat testing for infectious diseases and parasites.  We call it a PCR test and it stands for a polymerase chain reaction. 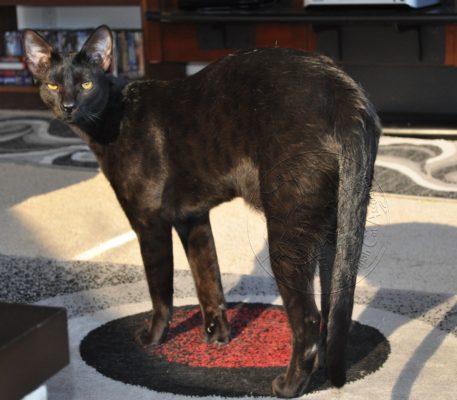 The key to understanding a PCR test is to know that every human, animal, plant, parasite, bacterium, or virus contains genetic material.  This genetic material can be DNA or RNA sequences and are unique to their species.  In addition, individual members of a species have DNA that is unique to them.  For instance, a child only has half the DNA from its mother.  The other half from his father.  So, it is partially the same but unique to the baby.   The same is true of the genetics of a virus or bacteria.

That virus has a unique signature that shows it is part of that species.   Feline PCR testing sample is blood, stool, skin scraping, hair, a cheek swab or throat swab.  Therefore when the amplification is complete the scientists can tell the cat DNA from the other genetic material in the test.  That is how the labs can return results that tell us that a cat has a certain virus or bacteria.  Here below are the steps taken to give us such a great insight into our cat’s health.

The entire process is automated and completes very quickly.

PCR amplification is only part of the identifying test, however. Once the amplification completes, the amplified segments are compared to other nucleotide segments from a known source (for example, dna from giardia).

There is Feline PCR test available for the following diseases and parasites at labs in the United States and Europe.

The benefits of a PCR test includes a lower chance of false-negative results and early detection of infections. In addition, PCR tests are highly sensitive since they differentiate pathogen strains that appear similar.

Please ask your breeder for proof of PCR testing, it is important to know the health of your kitten.